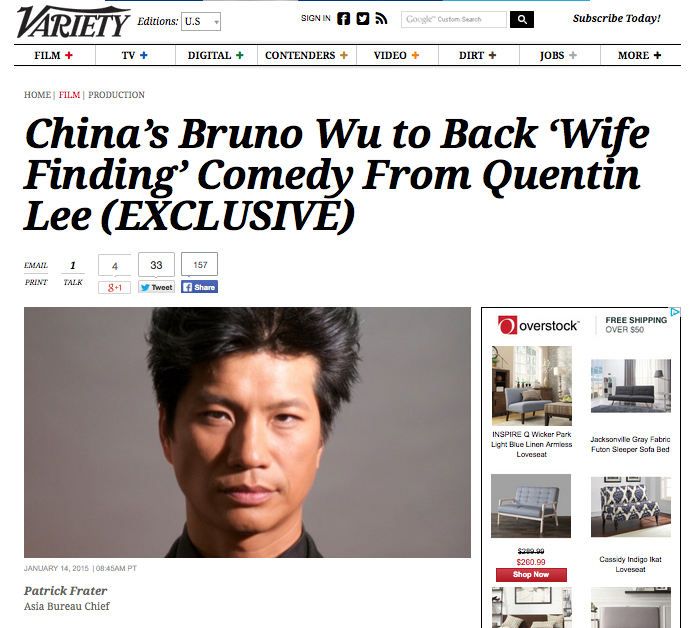 Chinese media entrepreneur Bruno Wu is to back “Secret Book of Wife Finding,” an adult comedy set in Vietnam.

Wu will co-finance and acquire Chinese distribution rights through his Content Media Group.

“Wife Finding” is to be directed by Chinese-American Quentin Lee (“The People I’ve Slept With,” “White Frog”) and will shoot from April in Vietnam and the U.S.

The picture, being pitched as being in the vein of “”The Hangover” or “The Interview,” sees three over-the hill single men caught in a mail-order-bride scam and end up with an adventure in Vietnam. The screenplay is by Los Angeles-based stand-up comedian Jeffrey Tipton.

Dustin Nguyen, star and director of Lionsgate’s “Once Upon A time In Vietnam” will star and co-produce through his Dreamscape DBS company. [Read More]