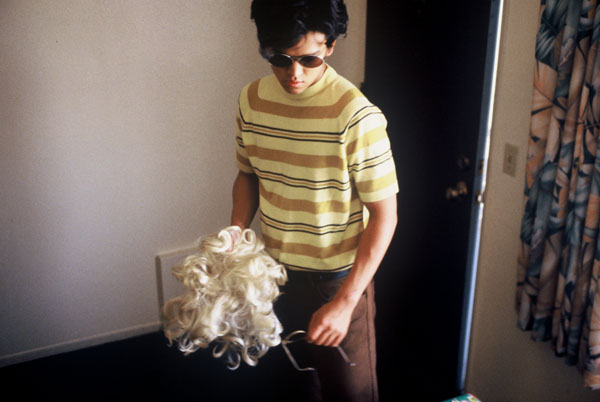 SYNOPSIS: Lonely with a secret crush, Phil (Radmar Jao) suddenly develops a bizarre hair problem that convinces him that he’s turning into a werewolf, while Katherine (Jeanne Chin), a young and beautiful housewife, is haunted by her mysterious black-outs. One day, Katherine loses her cell phone, pager and wallet which are then stolen by a quirky diva waitress, Trinh, in a blonde wig and sunglasses 24-hours a day, who develops an “unforgettable” relationship with Katherine. Phil’s and Katherine’s crisscrossing adventures unfold in a comical, suspenseful psychological roller coaster full of kinky twists and colorful eccentrics.