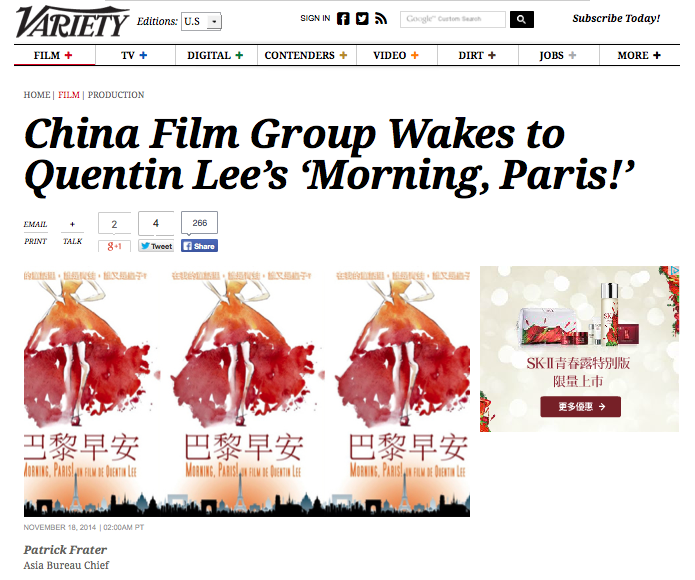 CFC, part of the giant state-owned enterprise China Film Group, will co-finance and co-distribute, having acquired rights through Greater China, including Hong Kong, Macau and Taiwan.

The Chinese-language picture will be produced by Beijing-based Robert Wei and U.S.-producer Aaron Shershow, a veteran of Chinese-U.S. co-ventures including “Marco Polo,” “Outcast,” and “Man Of Tai Chi.”

The story, also written by Lee, is of a young Chinese fashion assistant who takes advantage of an unlikely proposal from a security guard to take her to the Paris Fashion Week. [READ MORE]