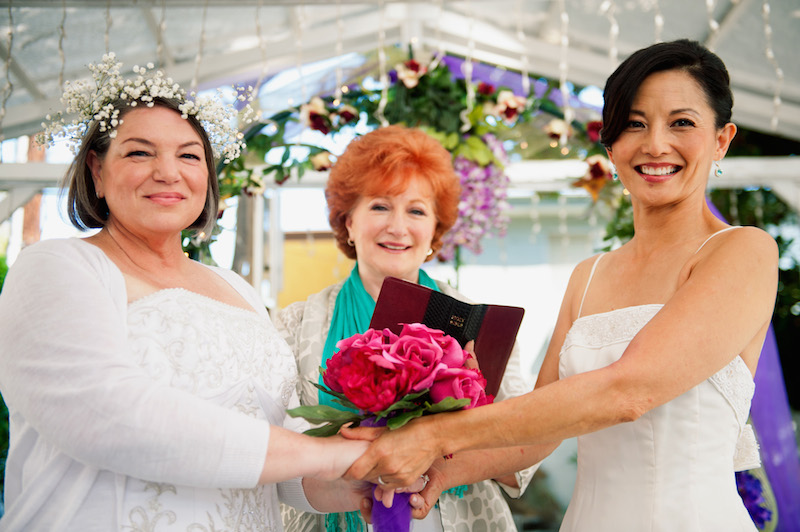 Text Engine Productions is teaming up with Laemmle Theatres in Los Angeles, California to premiere filmmaker Quentin Lee’s short film, OPERATION MARRIAGE. The film focuses on the topic of marriage equality and is targeted towards youth.

OPERATION MARRIAGE is a live action short film based on a true story and Cynthia Chin-Lee’s children’s book of the same name. It stars Mindy Cohn (Emmy Nominee for Scooby Doo and The Facts of Life) and Tamlyn Tomita (Glee, Joy Luck Club, Teen Wolf) as lesbian moms. Made for children worldwide, OPERATION MARRIAGE tells of an eight-year-old girl and her little brother’s attempt to get their gay moms married before the passing of Proposition 8.

The short is directed by Quentin Lee, produced by Alan Reade of Text Engine Productions, and was photographed by Len Borruso on an Arri Alexa camera.

OPERATION MARRIAGE will screen twice daily from September 27th until September  29th 2014. The run fulfills the qualifications set by the Academy of Motion Picture Arts and Sciences for the film in the Live Action Short category in 2014.  Cast members and filmmakers will be in attendance at the September 27th screenings.

The screenings at the Laemmle Town Center mark the film’s theatrical debut and it will continue to run on the film festival circuit for the coming year. The short film will be eventually made available for free online to the world in 2015.